When thinking about my own migration history I find my story to be very dissimilar to the narrative of migration written by the national newspapers, to the point where I did not view myself as a migrant. To help understand why, I turned to the work of Migration Oxford for some help and insight to understand what was going on. Migration Oxford “has been developed to signpost, highlight and bring together the numerous academics conducting research and teaching on migration within the University of Oxford.” (Migration Oxford website ‘about’ page, 2022). The initiative publishes reports on aspects of migration, one such report published in 2016 is the findings of research into how the printed editions of national newspapers wrote about migration in the period January 2006 to May 2015. The report evidenced how for the 2010 general election there was an increase in the monthly averages of articles mentioning migration or immigration in the British press (Allen, 2016, p.4).

Honorary research fellow at UCL Gaia Vince sets out the argument for migration as a solution for another contemporary concern, that of climate change. In a Guardian newspaper extract of her 2022 book Nomad century: how to survive the climate upheaval, she argues for a sustainable world in which new ways of feeding, fueling, and maintaining lifestyles are developed alongside overcoming the idea that “we belong to a particular land and that it belongs to us” (Vince, 2022).

Dutch Sociologist Hein De Haas in 2021 stated it was time to move the way migration theory was thought about, it had not moved forward for some time. He proposed for migration to be considered as part of the broader process of social change. (De Haas, 2021, p.2). When reading what De Haas had to say, it started a train of thought about a response to migration in a manner that was outside of the press view discussed earlier. Inspired by Vince and De Haas, I wanted to create a work that talked of the word ‘migration’ in a non politicised manner.

Yoko Ono’s practice has involved the audience in her realisation of the concept since the mid 1960’s and has embraced New Materialism in a way that asks the audience to consider broken things as an opportunity to create something and adding to what has already been created in the gallery. This viewer participation completing the intention of the work was famously proposed by Duchamp in 1957 (Iles 1997, p.18) and with the installation I acknowledge that the audience involvement is left up to the audience in an informal social experimental approach. Ono’s works are described as scores and communicate about the audience’s participation. Within the installation video loop, there is a composed score within the recorded performance. It sets the tempo of the installation and those who connect with it, setting their pace for reading the text launched by scanning the Qr codes and for the moving of pieces on the tables in the gallery from left to right. The gallery staff will be briefed about the audience involvement and guidance issued about resetting the core geometric shapes.

Vince, G. (2022) ‘The century of climate migration: why we need to plan for the great upheaval’, The Guardian (online), 18 August, available at https://www.theguardian.com/news/2022/aug/18/century-climate-crisis-migrationwhy-we-need-plan-great-upheaval 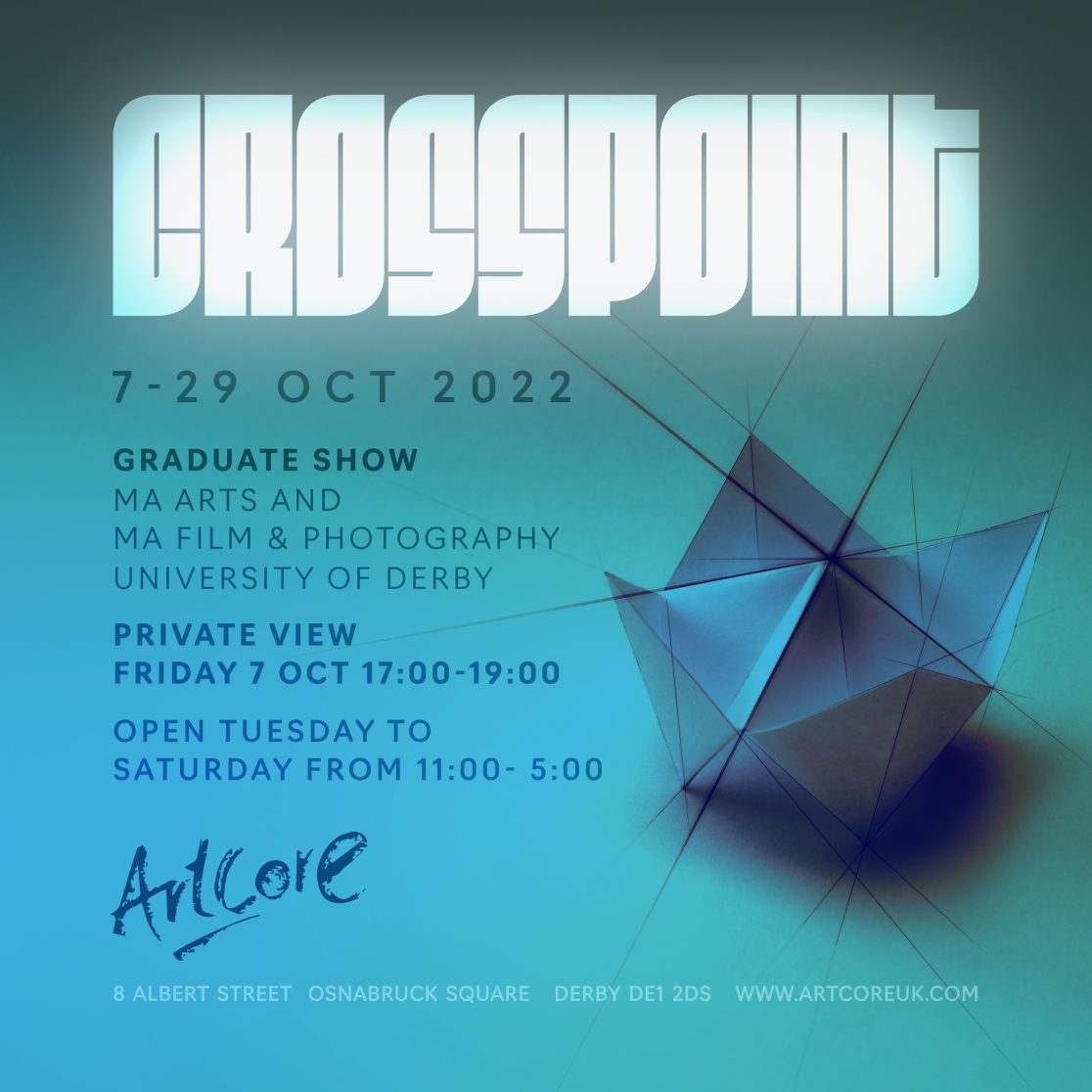 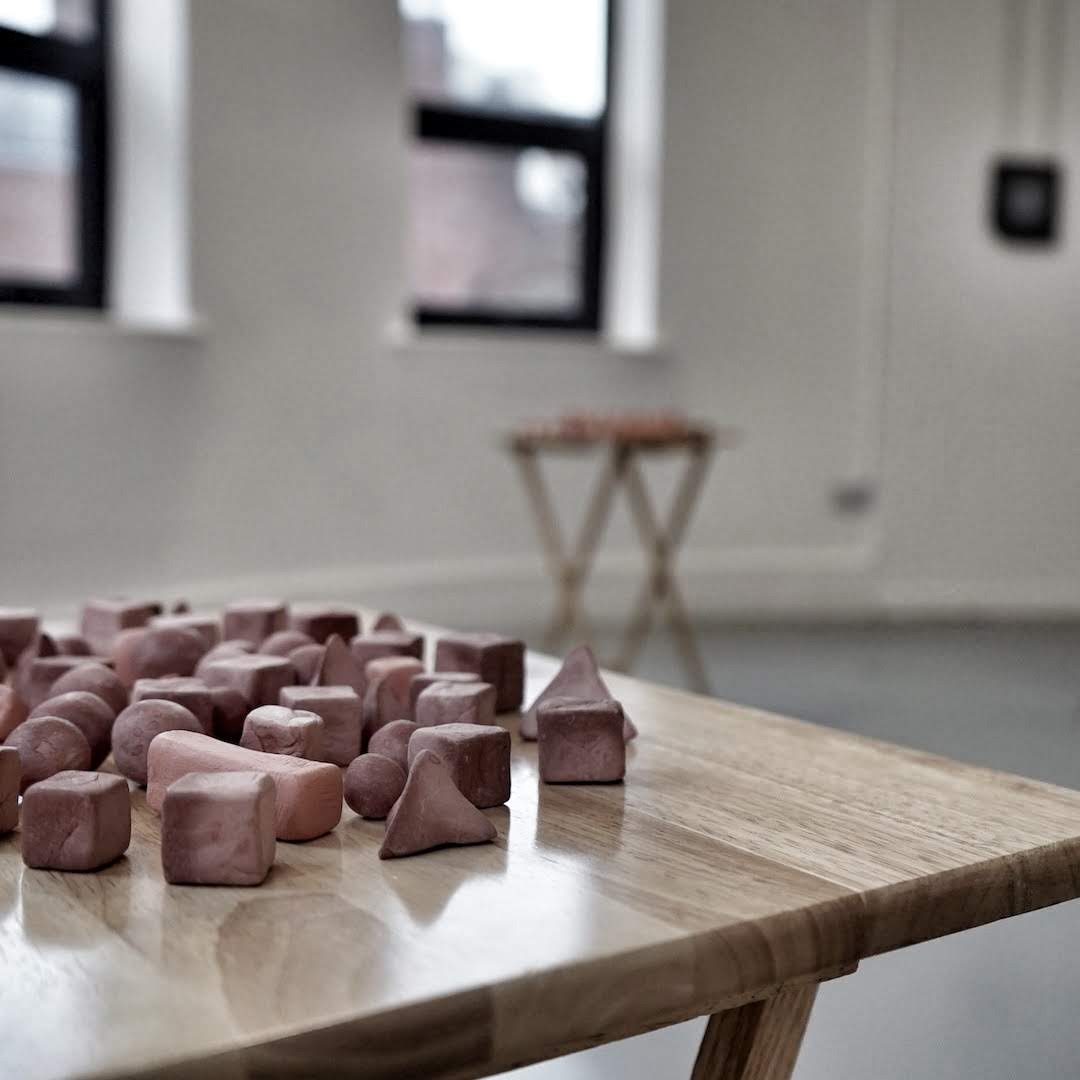 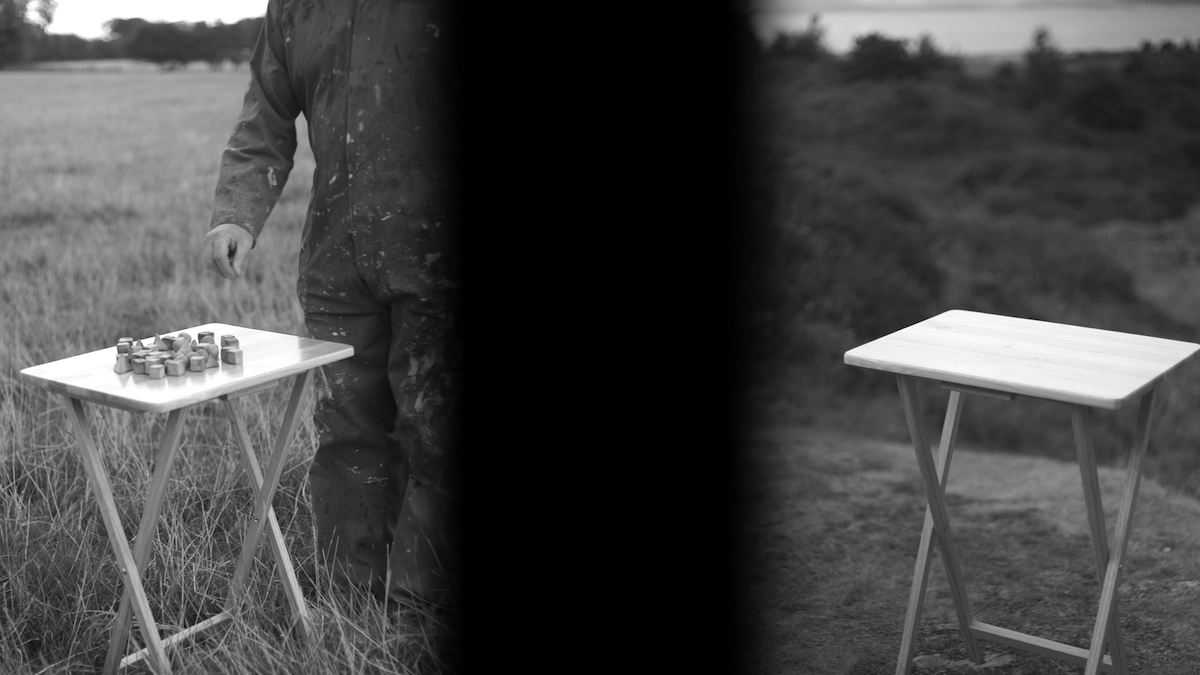 frame grab from video element of the installation 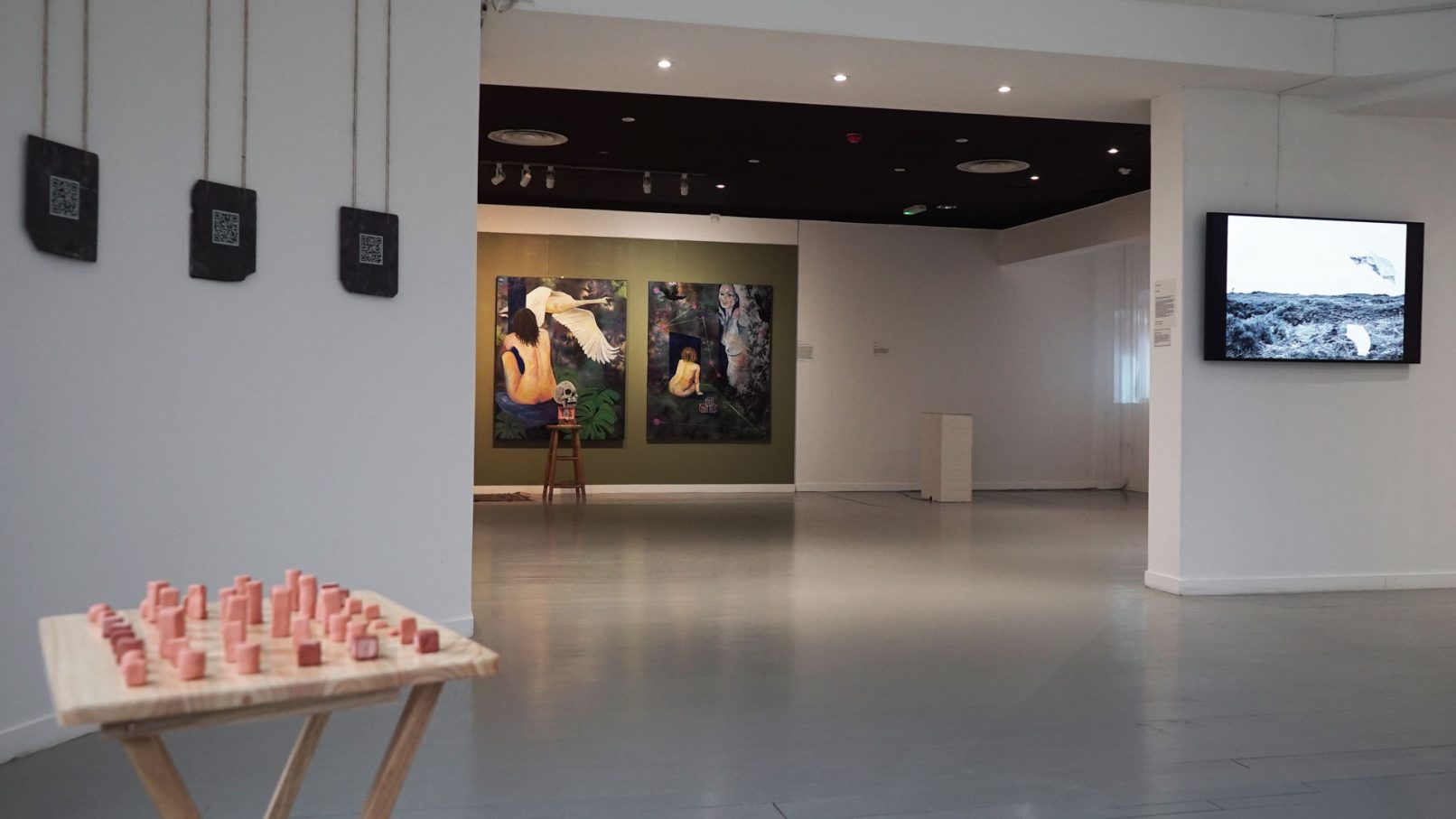 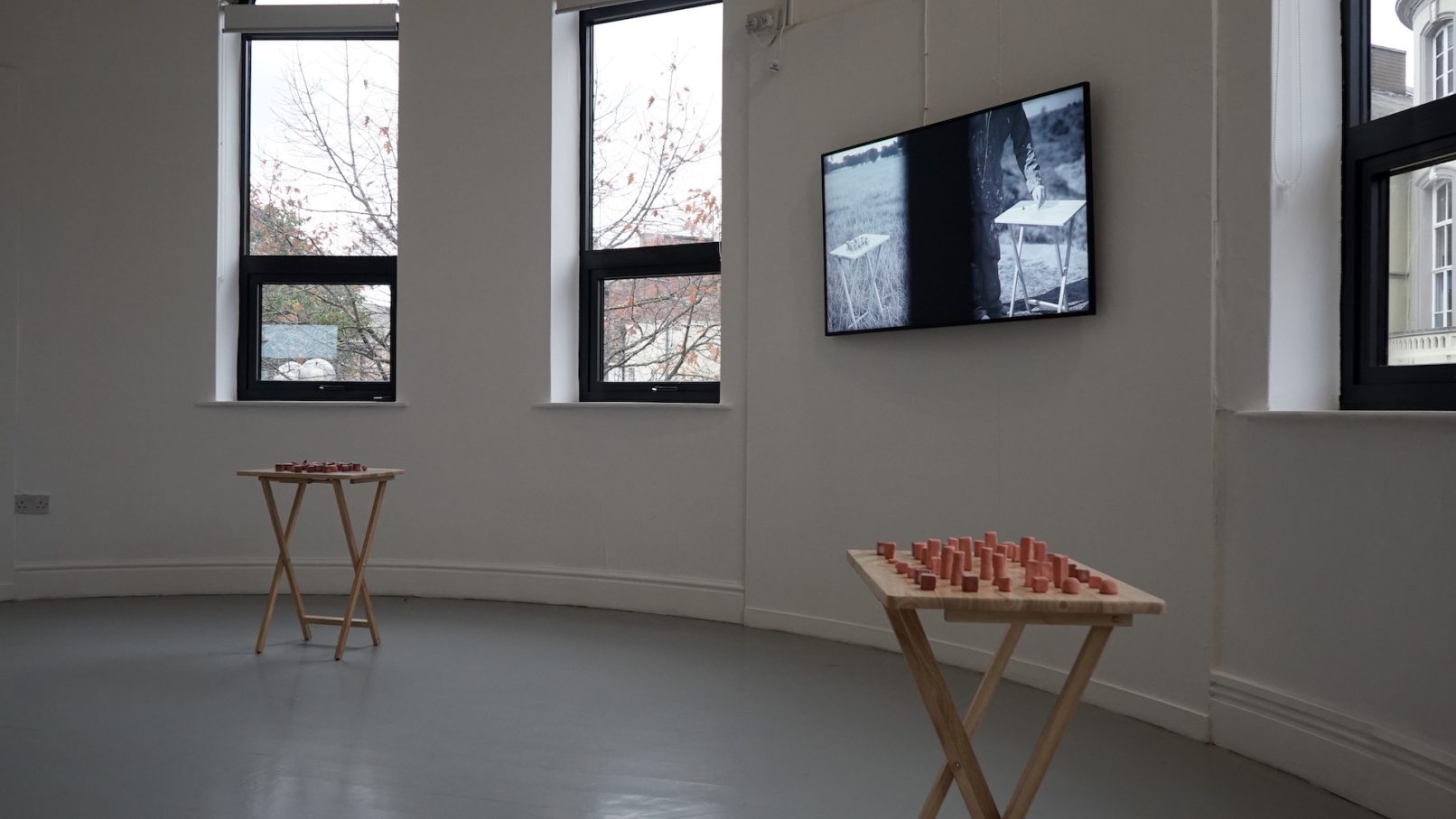 we move and with opportunity, migrate 2022 (installation detail) 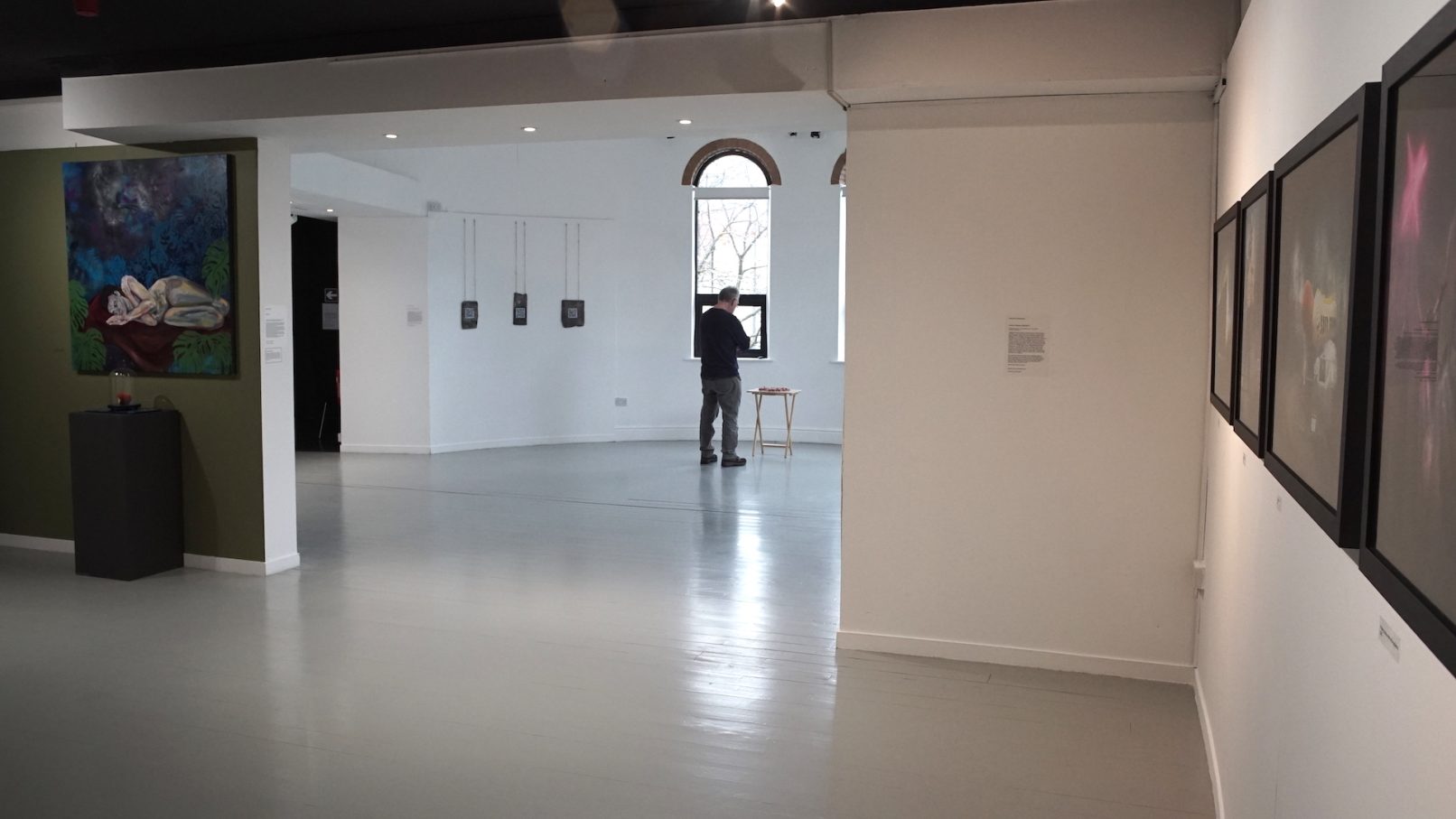 crosspoint exhibition, work by heidi jayne best to the left, centre- we move and with opportunity, migrate, and brett evans biedscheid to the right 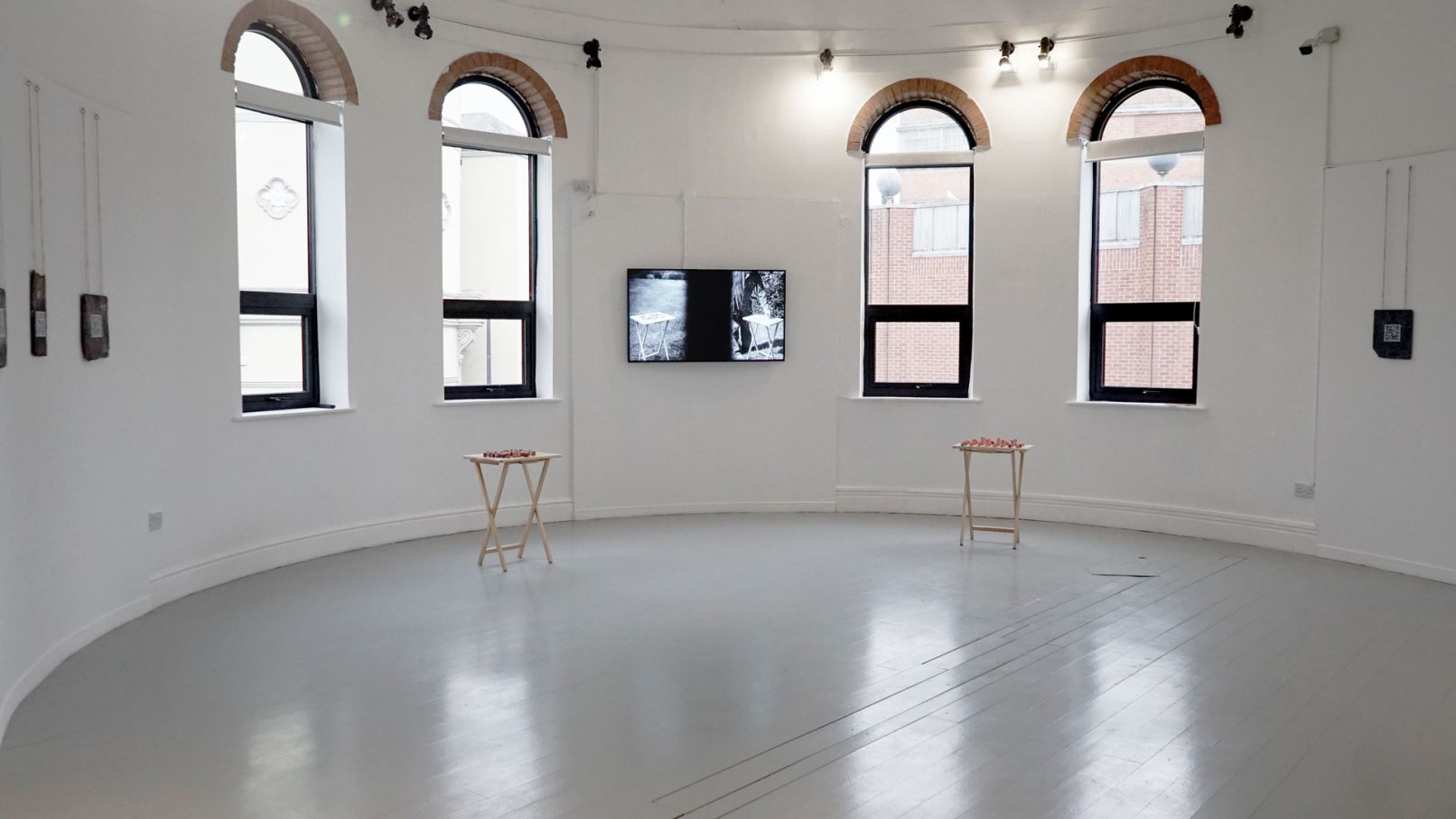 we move and with opportuntiy, migrate (2022) (installation view)

we move and with opportunity, migrate (2022)

trees can hear you
pursuance
error: Content is protected !!